There is quite a bit of traffic on the road. And as usual there is no place anywhere to park. Large letters in Roman and Gurmukhi script in the front of a slightly rundown white building tells me I have arrived.   Apart from a few cars  the place is quite empty.  Gurudwara Guru Nanak Darbar of Ballsbridge is a large standalone building in a quiet gentrified surburb of Dublin. The usual pungent yellow and navy  marks its gates and its facade, superimposed with the sikh emblem. A triangular  flag is being tugged hard by the sudden gushes of autumnal wind. I make my way into the temple through its large wooden doors having first removed my shoes.  I have come to talk to the gurudwara priests about the sikh turban.

My journey with the turban has spanned 5 years and is an integral part of my art practice. The turban and the south Indian kavadi makes up the part of my research on god-prosthesis. My starting point is the ubiquitous believe that normal senses and capacities are never enough to commune with our gods. We extend our senses to detect or commune with a sacred presence through material media, through the apparatus of belief. This could be any material object that enhances the  experience of a sacred presence.  My particular focus is on the specifically Asian responses in the form of the turban and the kavadi.

The turban is considered by many around the world as a consecrated cloth.  When we talk about textiles , we talk about the handle and the feel of the fabric. How important is a good handle to the turban fabric? How important is it to  hold and feel this consecrated cloth in your hand and how does it enhance divine communication? Belief it seems is demanded here by the material weight of the turban combined with an ensemble of bodily movements ( the act of tying a turban). The devotee is able to commune with a sacred presence through the presence of a ritual which maintains a parasitic dependence on an apparatus exterior to the subject.

The turban, with its manual gesture and tactile sensations, is automatic and mechanical and is the perfect prayer machine.  Belief and prayer become embodied and performed through the operations of machines. Here the turban is, as what Freud suggests, a prosthesis, an extension to man to reach god or to become one.

Paraphrasing 'Sigmund Freud, Civilization and Its Discontents (1930)', 'Long ago man formed an ideal conception of omnipotence and omniscience which he embodied in his gods. To these gods he attributed everything that seemed unattainable to his wishes, or that was forbidden to him. .... To-day he has come very close to the attainment of this ideal, he has almost become a god himself. ..Man has, as it were, become a kind of prosthetic God.'

The apparatus of belief extends beyond the turban in many ways. Each piece of turban fabric is cut for the average adult, exactly 5m long and a metre wide. Factories around the world produce hundreds of thousands of perfectly cut and stamped turbans every year. The material, the size, the shape and the texture of this consecrated fabric is thus closely related to the mechanised systems of mass production. A distributed mechanised network of manufacture becomes a  prosthesis to experience the sacred.

Some of the early work-in-progress for this area of my research is provided below. In these  installations,  I explore the materialities of divine communication. I allude to the weight and the immaterial nature of  religious experience, the weight of the idea of timeless eternity, the coldness of abstraction, the overflow of the infinite through the fabric of a turban.

I might also be hinting at the colour of the turban which signifies martyrdom to some, to the racks of pain and certain death, to worship and war, to the spiritual and martial.

And at the same time there is this  idea of commemoration. A commemoration to those who sacrificed for the idea of something.

I am exploring the religious experience and its technological mediation. I am hinting at the weight of a turban when it is not one,  when it is a trap or a cage or a prosthesis to weightier things. 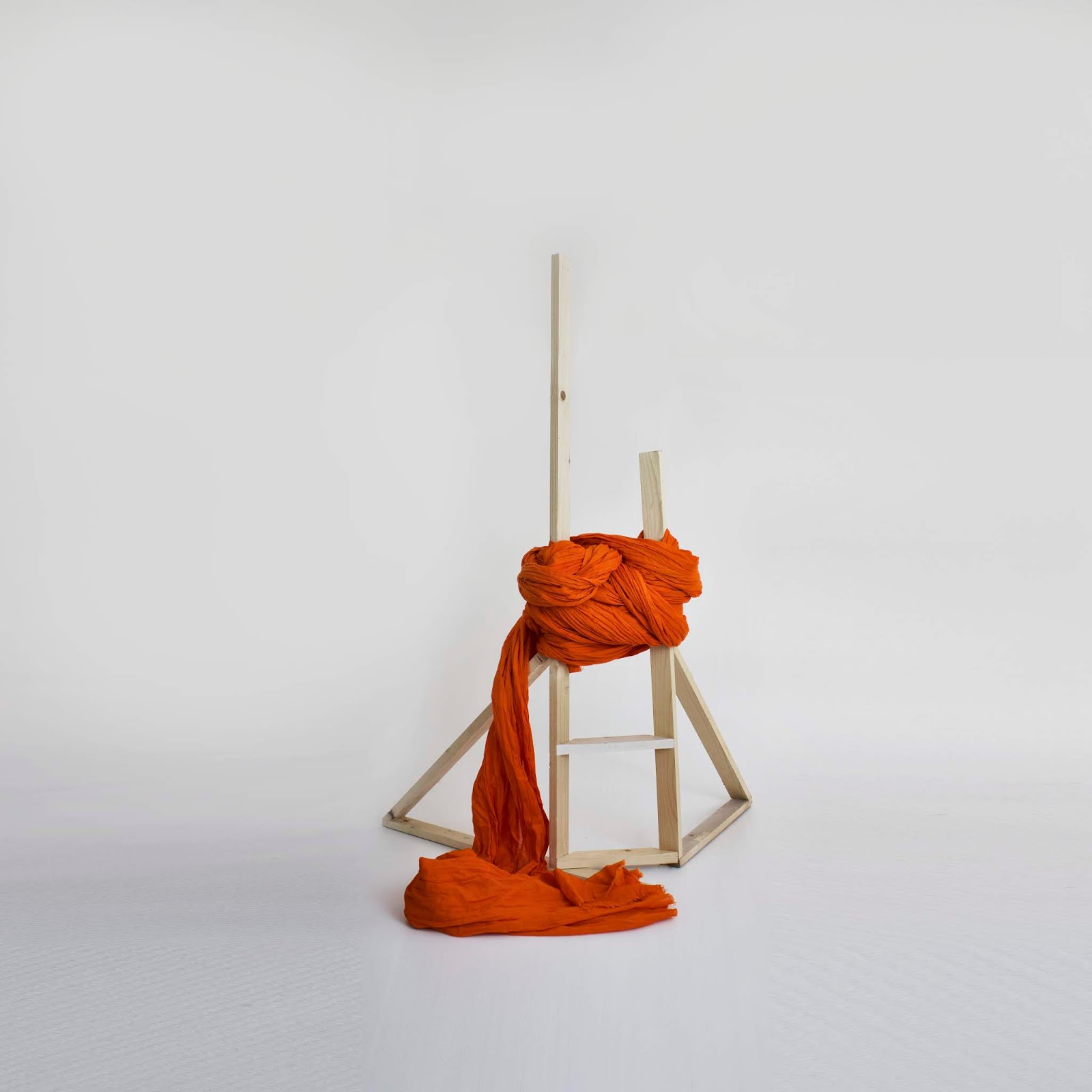 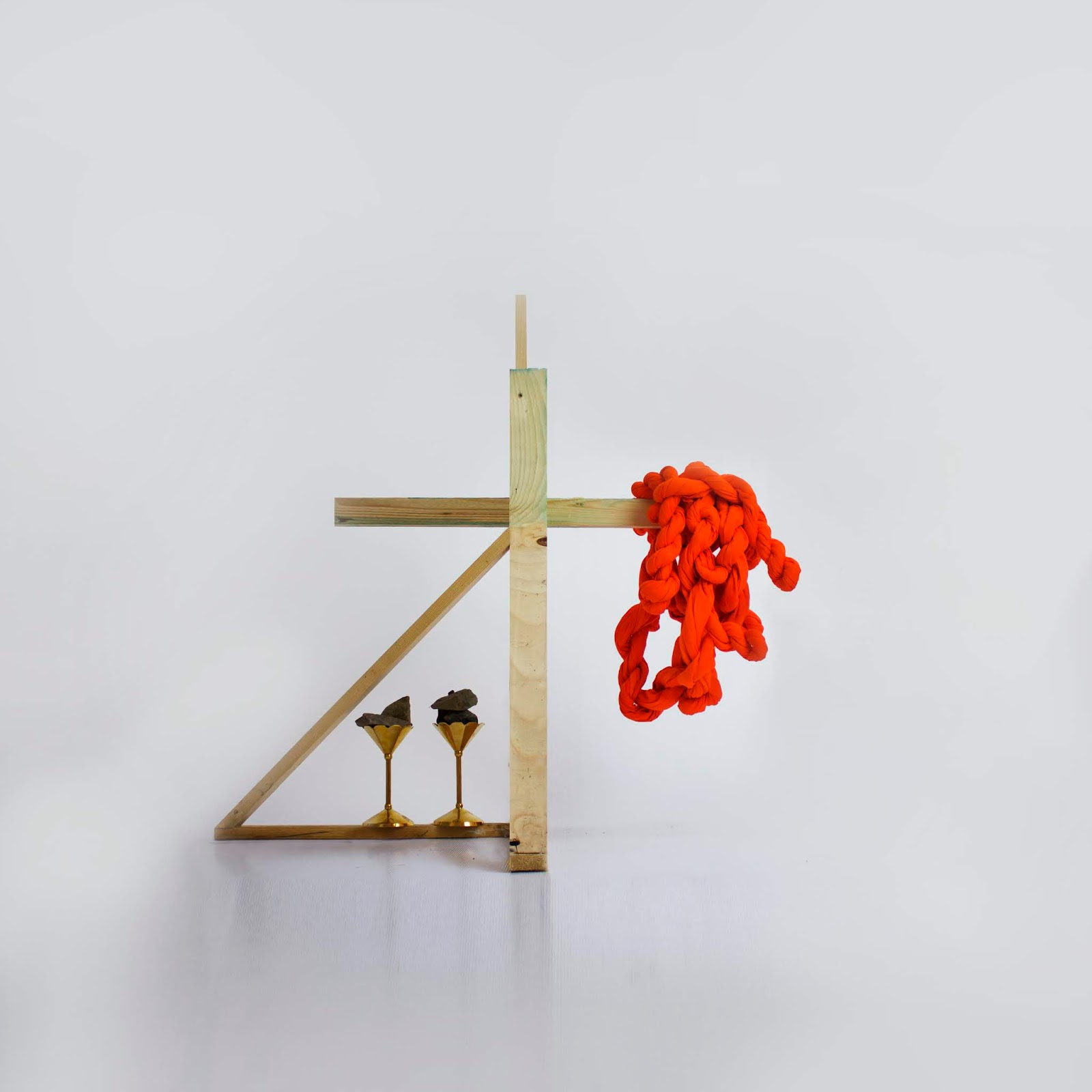 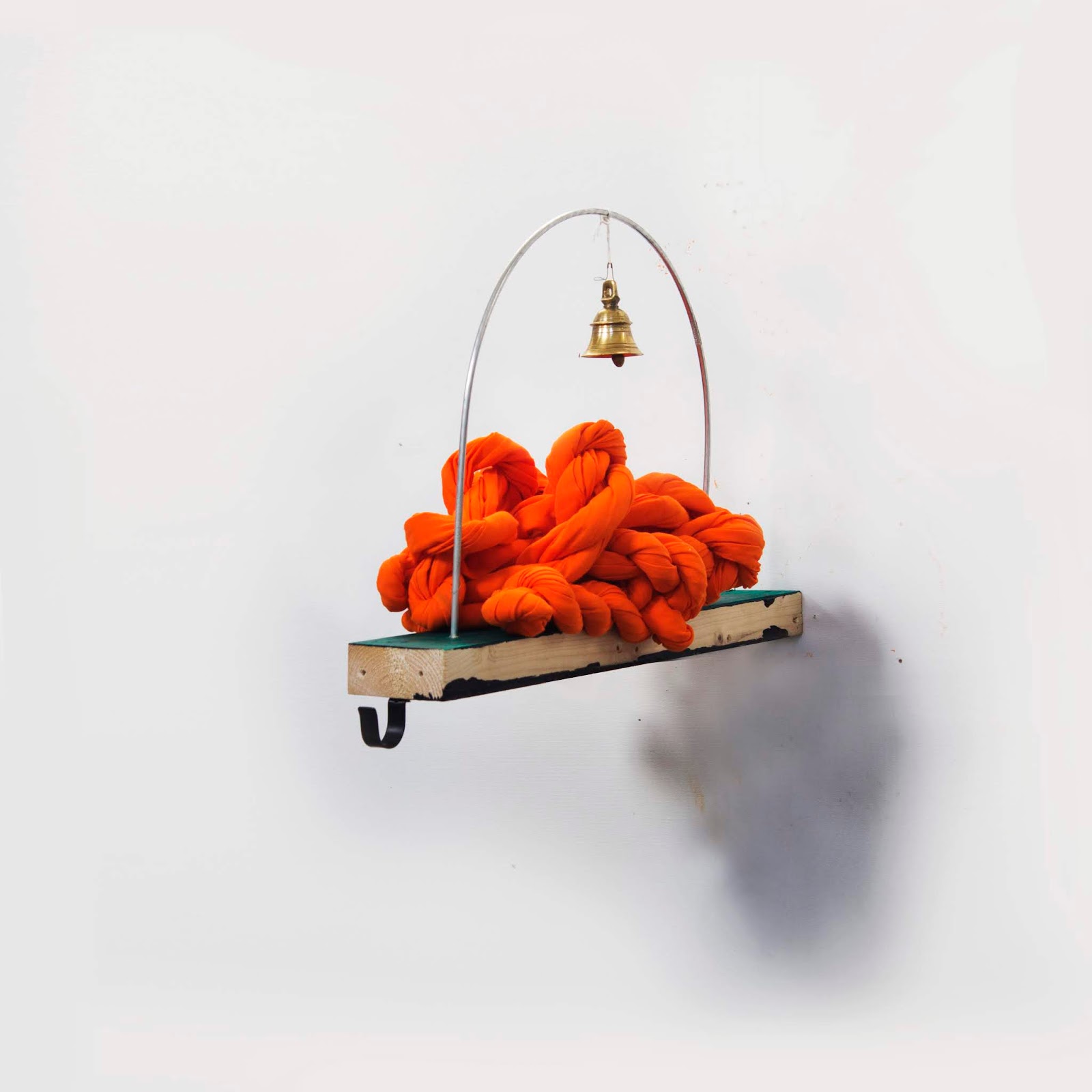 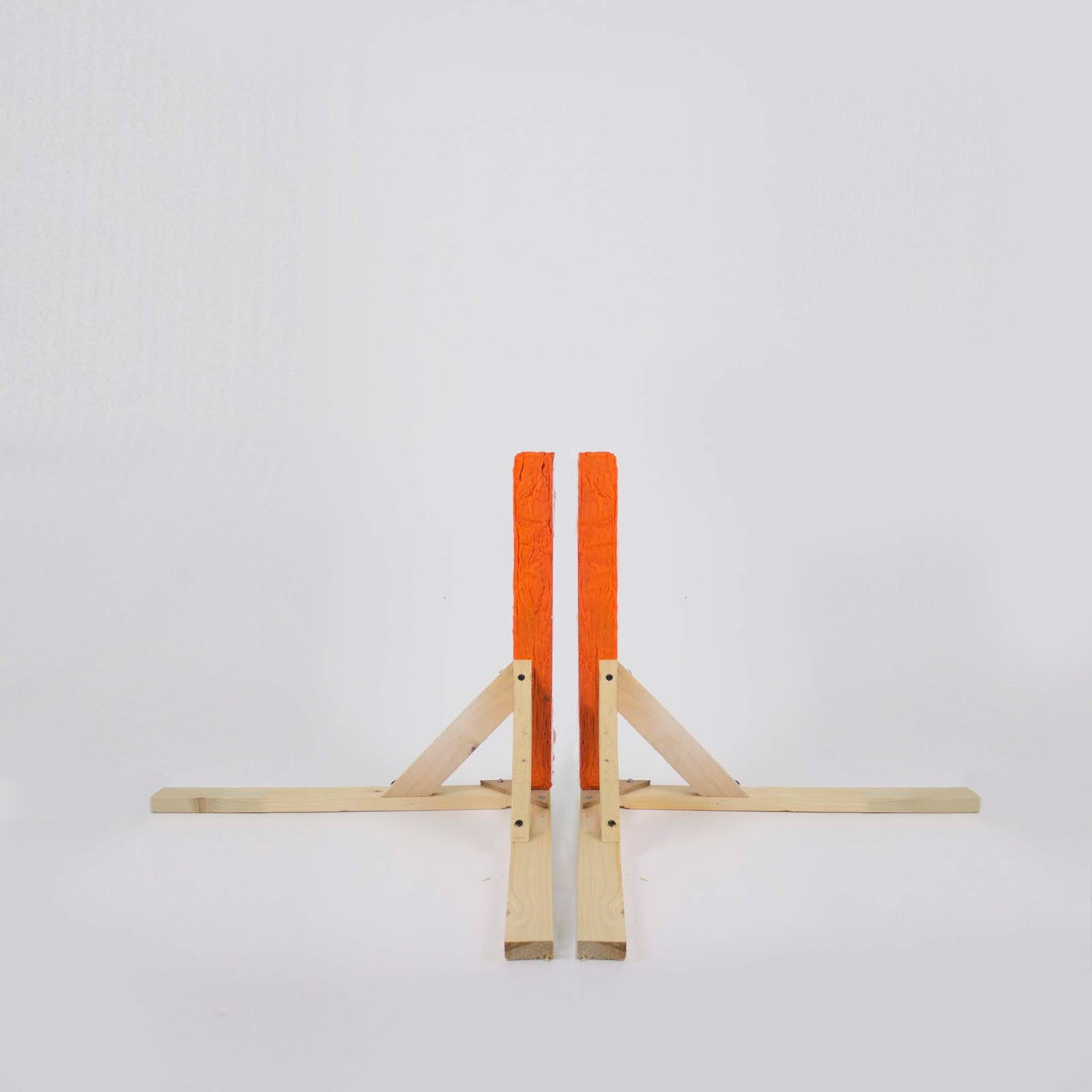 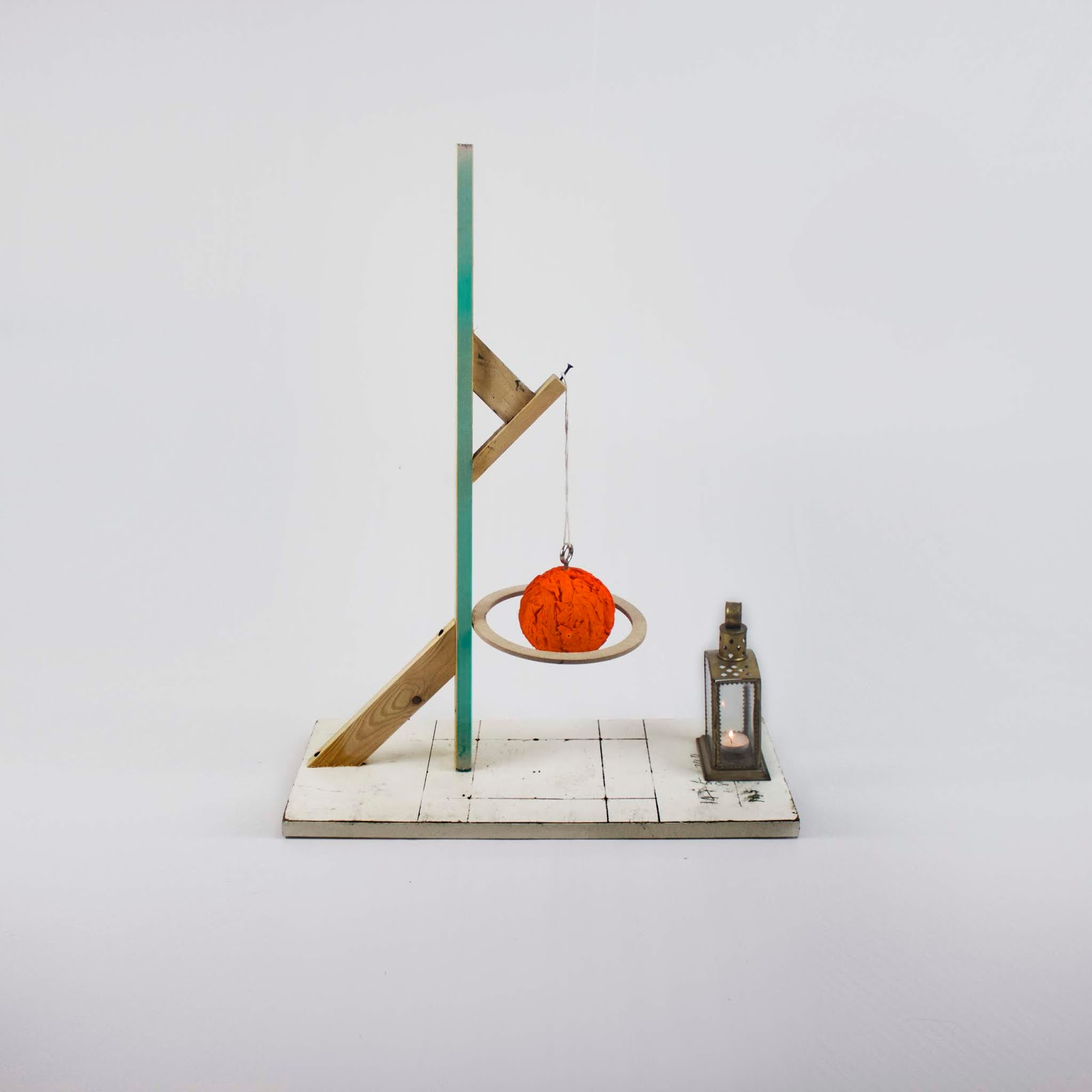 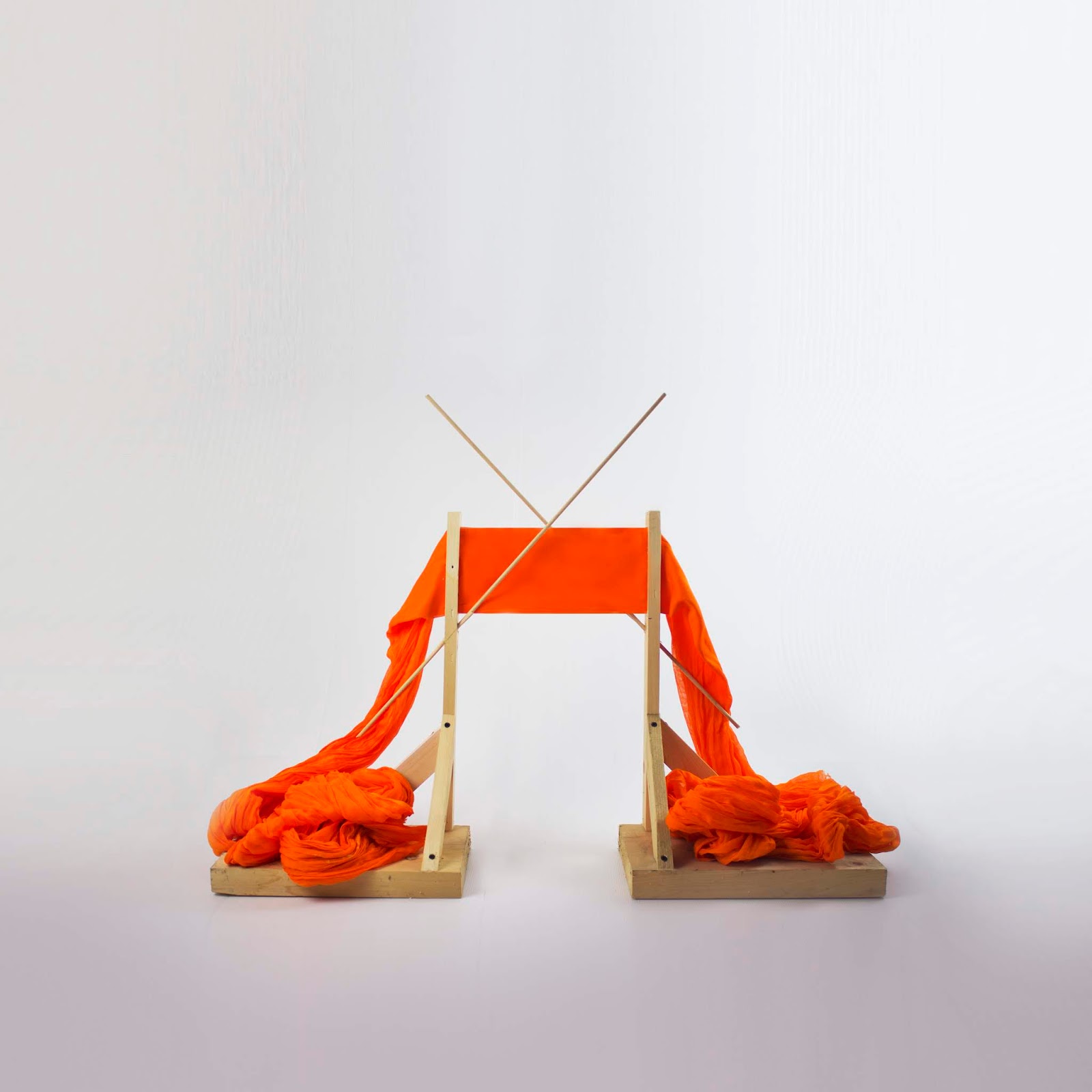 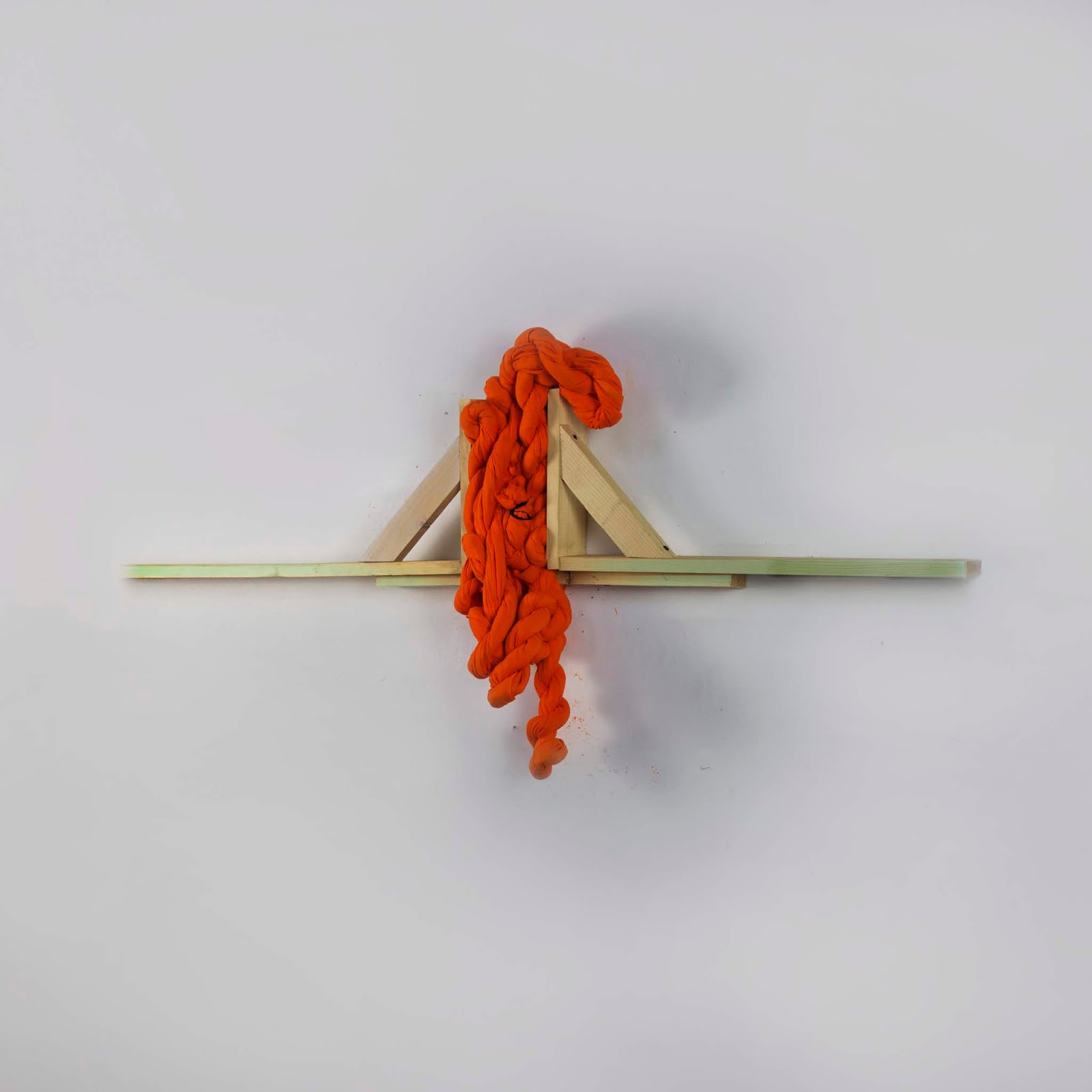 October 15, 2019
I am angry. I am still angry with my big sister for dying on me. As I embark on this project I am once again angry  and helpless, the way I felt when she whispered  ‘help me’ , her final words to me from her deathbed. This exhibition is a reified representation of my witchy big sister’s little apartment in Yarraville Melbourne the day she died in 2004. I don't remember it much. There are little details that stick in my mind - bits and pieces of a sparsely populated migrant’s bedsit living on the breadline away from her family and from care and love. Even before my sister got sick and left  home for a better life in Australia, she wielded generous healing magic. Living away from her family she escaped the brutal actuality of migrant lives through her magic. She braved the trauma and the many challenges of her new life through her magic. When cancer arrived in 2004, she turned to magic to find the resources for coping with a seemingly endless cycle of hurt. As her bod
Read more

October 17, 2018
Belfast was my home for 13 years during the height of the Troubles.  I returned to Ireland in 2013 and have lived and worked in Dublin since, bearing witness to Ireland's  "Decade of Centenaries'. In the past five years I have had the firsthand opportunity to query, especially through the photographic image, the act of  commemoration with an interest in the problems of commemorating the 1916 Easter Rising in the North. My art practice today is dedicated to the vulnerability of the body and its pain, hidden behind the gestures and movements of worship. This is my starting point in the investigation into how the body unfolds in the acts of commemoration. I stipulate that commemoration and worship share many similar characteristics and one can be investigated by looking at the other. Thus the rhythms, gestures and movements of worship become the lens through which I look at the issues of commemoration. Instead of as a  memento or a document, I use the photographic image p
Read more